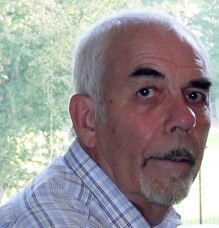 The website with which this blog is associated went live on Small Business Saturday – 6 December – as the first stage of launching a new business for Menston village. The business is called Extraordinary Writing and is offering just that to local businesses and, thanks to internet, those much further afield.

Offering the new service is former journalist and marketing communications man Roger Livesey, who has been a freelance writer for many years in the past but who has just retired as Communications Coordinator for a charity supporting people with sight loss and other disabilities, including learning disabilities. In the past he has been a full-time technical journalist and editor, has been managing editor of a ‘street paper’ in Romania, and run his own marketing communications company with clients in many major companies in continental Europe as well as the UK.

Roger was a founder member of the Menston Business Association earlier this year and now acts as honorary Publicity Officer for the organisation. He also created and runs what he calls the ‘alternative’ Menston village website and blog: Menston Village Wharfedale. He also has a couple of ‘hobby blogs’ of his own on which he posts when he has time: grumpytyke and grumpytykepix